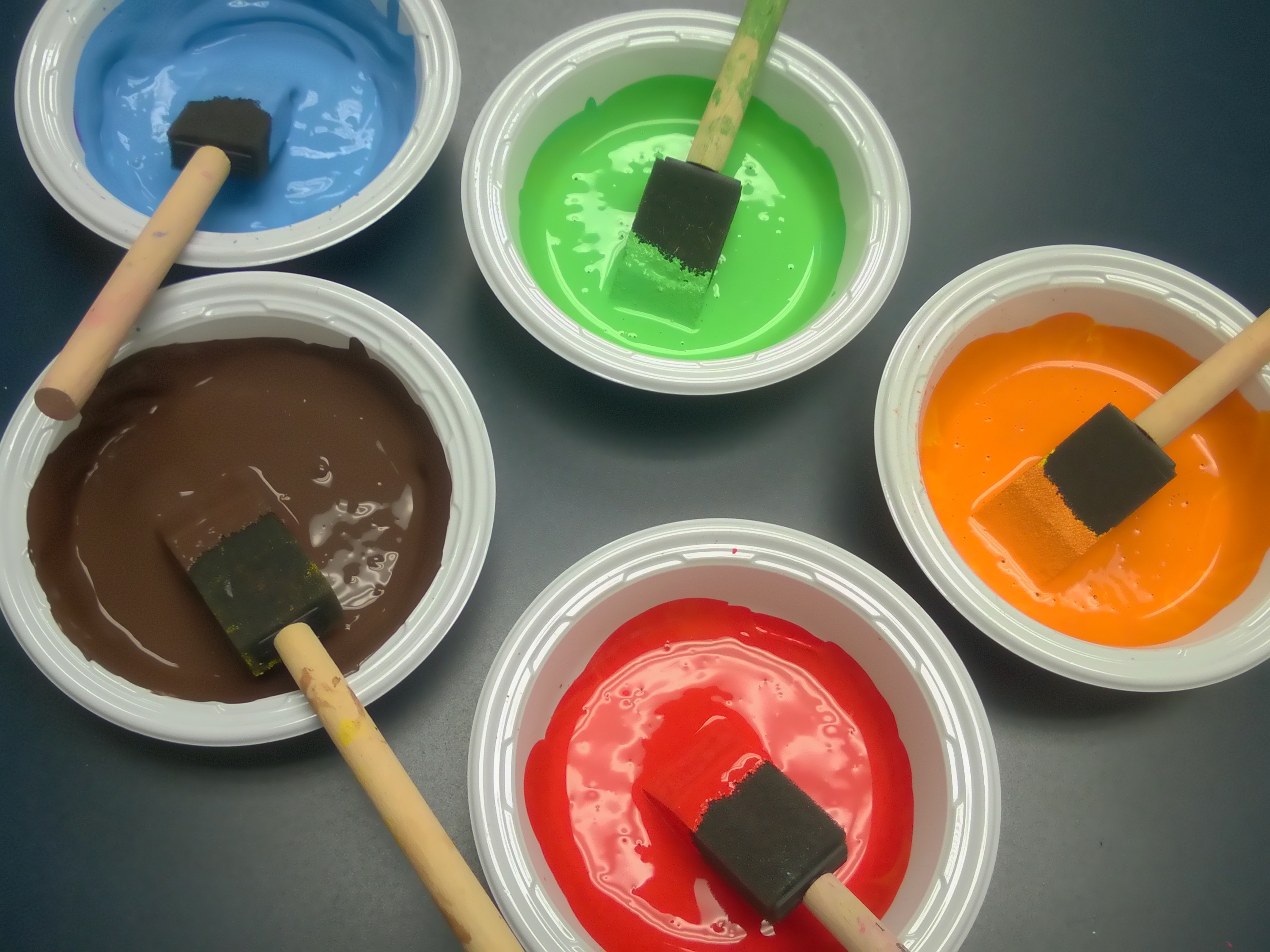 The Origins Of Paint

Paint was one of the earliest inventions of mankind with some cave paintings drawn with red or yellow ochre, hematite, manganese oxide, and charcoal may have been made by early Homo sapiens as long as 40,000 years ago. Paint may be even older. In 2003 and 2004, South African archeologists reported finds in Blombos Cave of a 100,000-year-old human-made ochre-based mixture that could have been used like paint. Further excavation in the same cave resulted in the 2011 report of a complete toolkit for grinding pigments and making a primitive paint-like substance.

Ancient colored walls at Dendera, Egypt, which have been exposed for years to the elements, yet still possess their brilliant color, as vivid as when they were painted about 2,000 years ago. The Egyptians mixed their colors with a gummy substance, and applied them separately from each other without any blending or mixture. They appear to have used six colors: white, black, blue, red, yellow, and green. They first covered the area entirely with white, then traced the design in black, leaving out the lights of the ground color. They used minium for red, and generally of a dark tinge.

Pliny mentions some painted ceilings in his day in the town of Ardea, which had been done prior to the foundation of Rome. He expresses great surprise and admiration at their freshness, after the lapse of so many centuries.

Paint was made with the yolk of eggs and therefore, the substance would harden and adhere to the surface it was applied to. Pigment was made from plants, sand, and different soils. Most paints used either oil or water as a base (the diluent, solvent or vehicle for the pigment).

A still extant example of 17th-century house oil painting is Ham House in Surrey, England, where a primer was used along with several undercoats and an elaborate decorative overcoat; the pigment and oil mixture would have been ground into a paste with a mortar and pestle. The process was done by hand by the painters and exposed them to lead poisoning due to the white-lead powder.

In 1718, Marshall Smith invented a “Machine or Engine for the Grinding of Colours” in England. It is not known precisely how it operated, but it was a device that increased the efficiency of pigment grinding dramatically. Soon, a company called Emerton and Manby was advertising exceptionally low-priced paints that had been ground with labour-saving technology:

One Pound of Colour ground in a Horse-Mill will paint twelve Yards of Work, whereas Colour ground any other Way, will not do half that Quantity.
By the proper onset of the Industrial Revolution, paint was being ground in steam-powered mills and an alternative to lead-based pigments was found in a white derivative of zinc oxide. Interior house painting increasingly became the norm as the 19th century progressed, both for decorative reasons and because the paint was effective in preventing the walls rotting from damp. Linseed oil was also increasingly used as an inexpensive binder.

In 1866, Sherwin-Williams in the United States opened as a large paint-maker and invented a paint that could be used from the tin without preparation.

It was not until the stimulus of World War II created a shortage of linseed oil in the supply market that artificial resins, or alkyds, were invented. Cheap and easy to make, they also held the color well and lasted for a long time.